Months of waiting for counselling and the culture of high productivity has University of Waterloo students demonstrating at arts quad Thursday morning.

“I want to talk!” One student chanted. “We want to listen!” The crowd answered.

WaterlooWalkout for Mental Health was organized after a 22-year-old student in his fourth year of study died by suicide on campus on Monday.

About 200 students showed up. Some held signs. Others shared their struggles with mental health and what they believe is a lack of support on campus from counselling services.

“It seemed like they didn’t care about what I had to say,” said Iman Abbarao, who has been studying at the university for almost four years.

“The other day I told my friends that if I didn’t have family and friends in downtown Toronto, I probably would have taken my own life at some point along this journey,” she said in front of the crowd of students. 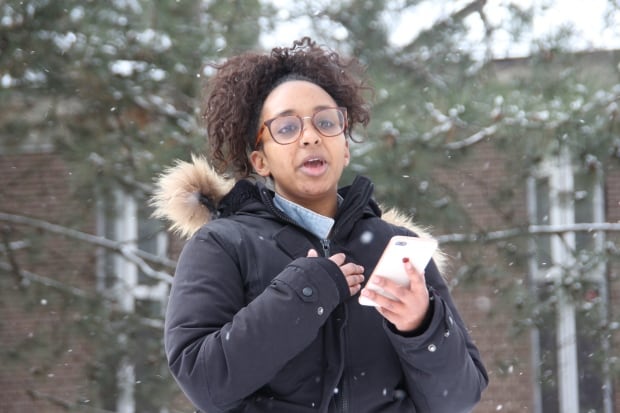 Iman Abbarao, a student in her fourth year, said the only way she can get support is to leave campus and take a two-hour GO bus ride to downtown Toronto where her family is. (Flora Pan/CBC)

One after another, students recalled times when they went to counselling services but were told the next available appointment is months away. Other students spoke about abuse, sexual assault, depression and post-traumatic stress disorder.

Chelsea MacDonald, a first year student studying theatre performance, said she is angry about the state of support available for students.

“And then something like this happens, the university tells me go to counselling services. I can’t even f–ing get an appointment,” she said.

Matthew Grant, the university’s director of media relations, said at the rally that it was “very brave” for the students to share their experiences with mental health.

He said the mental health report being released on March 14 will have recommendations for improving student mental health on campus. There is also a town hall where the president will talk about the report and address student questions.

A Wilfrid Laurier University spokesperson said for approximately 14,500 full-time equivalent students at the Waterloo campus, there are more than 30 staff, a mix of full-time and part-time physicians, nurses and counsellors, at the Student Wellness Centre who address mental health concerns. 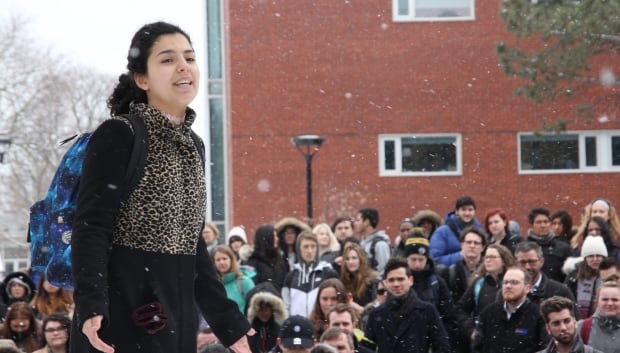 Sundus Salame said the pressure to succeed academically is intense and she frequently feels like despite studying very hard, she isn’t good enough. (Flora Pan/CBC)

Aside from the long wait times for counselling, students mentioned the pressure to succeed academically and getting good co-op job placements makes it very difficult.

“Somehow I have to be superhuman, or I have to have some kind of time-turner to catch up with all of these deadlines and readings,” said Sundus Salame.

“A lot of people here are pushed to just work 24/7 just to get 80 average, just because the courses are designed to just weed out anyone who does less than an excessive amount of work,” she said. 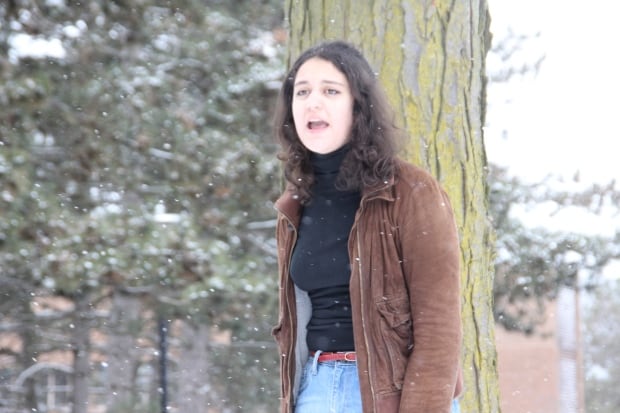 Chelsea MacDonald is in her first year studying theatre and performance. She lives in a one-person suite in residence and says she feels isolated. (Flora Pan/CBC)

In her speech to the crowd, MacDonald said students on campus are so wound up in the “grind for grades, grind for co-op,” that there is very little feeling of community.

Despite having friends, she said she frequently feels lonely.

“I don’t feel safe in my dorm anymore,” she said, “Because I know if I was ever, ever, at that point, how long would it take for someone to find me?” 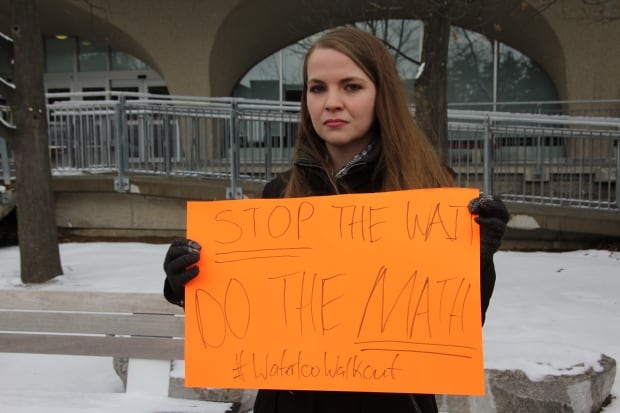 Sarah Welton organized the walkout in a matter of days after the 22-year-old student died on campus. (Flora Pan/CBC)

Sarah Welton, who organized Thursday’s walkout, said coming to the university as a second-year student was “very alienating, very isolating.”

“I’ve heard so many people express the same sentiment over and over again,” she said.

“I don’t feel that all these reports they keep sending out are going to do enough, if they aren’t actually trying to take action and make some real concrete changes around the university.”