At 35, Sharon Jakab knew something was wrong when she started hallucinating.

“I saw my grandmother on the wall in the room. She was talking to me. I wasn’t sleeping, and I was a mess,” she says from her home in Burlington, Ont. Jakab had been suffering from postpartum depression following the birth of her daughter.

About a year and a half later, Jakab had another episode of postpartum depression following an ectopic pregnancy.

It became so bad, she was suicidal. “There was a gun in the house and there were cartridges. I was all set to kill myself.”

She had to suicide-proof her home by taking away all dangerous objects, even skates, which have sharp blades. 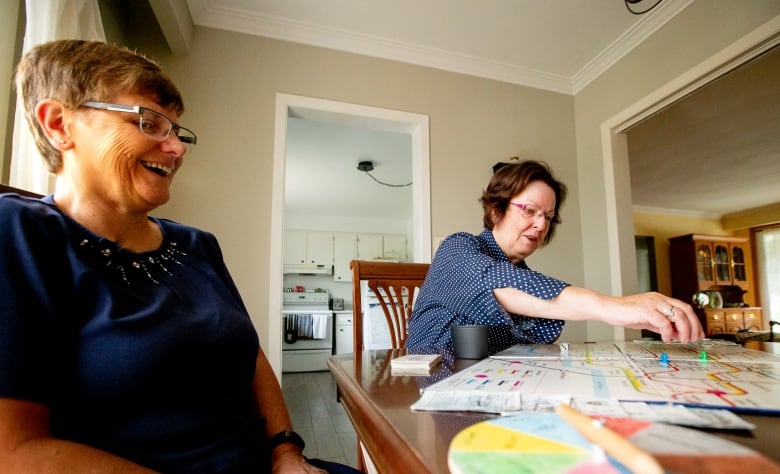 Sharon Jakab, right, received magnetic seizure therapy this year to deal with her severe depression. She and her partner Karen Inkster suicide-proofed their home in Burlington. Ont. (Craig Chivers/CBC)

Now 61, Jakab has been in and out of hospitals, dealing with what she calls “waves of depression” that have lasted most of her adult life. She’s tried about a dozen medications, including the antipsychotic drug clozapine.  “Clozapine really helped me a lot, but I still suffered from depression, psychosis and mania.”

Because standard treatment like medication and therapy weren’t effective, Jakab was diagnosed with treatment-resistant depression, a severe form of depression that close to a million Canadians experience.

Electroconvulsive therapy or ECT, better known as shock treatment, is still considered the go-to treatment but comes with the common side effect of memory loss. So doctors are now exploring less invasive experimental approaches like brain stimulation that rewires the brain’s circuits.

“Hard-to-treat depression is a huge public health problem” says Dr. Jeff Daskalakis of Toronto, at the Centre for Addiction and Mental Health’s Temerty Centre for therapeutic brain intervention. “The idea that we have treatments that could potentially rectify or improve their illness can be very reassuring to patients.” 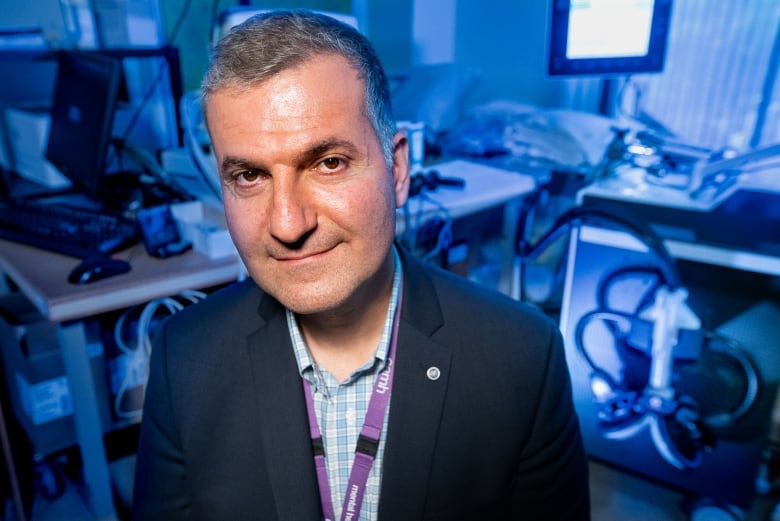 Dr. Jeff Daskalakis is working on new ways to deal with treatment-resistant depression. One method uses magnets instead of electricity to induce a seizure in a patient. (Craig Chivers/CBC)

One of those treatments being tested at CAMH is magnetic seizure therapy or MST. A magnetic coil to the front part of the patient’s head delivers a high-frequency pulse that induces a seizure. A big advantage is there are few or no adverse effects like memory loss.

“If we can limit those effects by delivering the stimulus at a much lower intensity with an alternative type of approach, in this case magnets as opposed to electricity, we can spare cognition and produce a seizure that gets people better,” says Daskalakis.

Over 150 patients have received MST during clinical trials at CAMH.

Jakab  jumped at the chance of getting the treatment. “I didn’t want to have ECT”, she says. “I had One Flew Over the Cuckoo’s Nest image in my mind,” she adds, referring to the movie where Jack Nicholson gets a jolt of electricity through his head.

Over eight months last year, Jakab received 30 sessions of MST. “I felt what I call lighter, because I feel less sad, less depressed, and the suicidal thoughts diminished.” 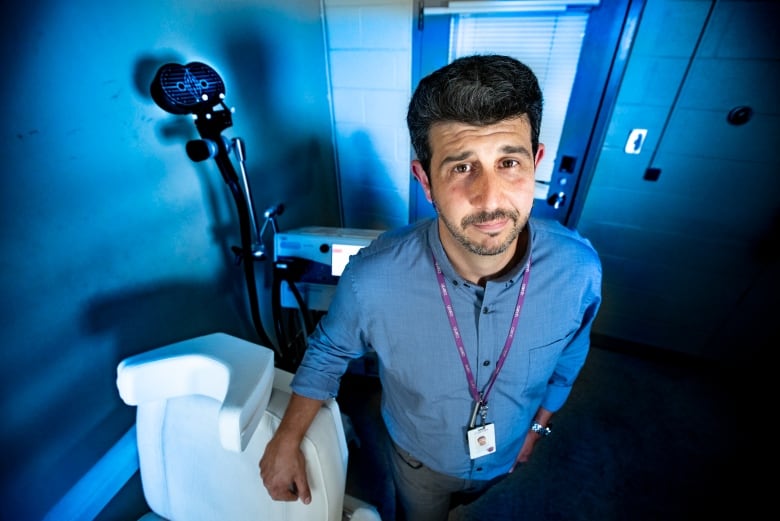 Dr. Daniel Blumberger is part of a research team at the Centre for Addiction and Mental Health in Toronto looking at non-invasive therapies for treatment-resistant depression. (Craig Chivers/CBC)

“I think what’s challenging about treating depression is that everybody is different, and people come to it in a different way”, says Dr. Daniel Blumberger, medical head of the Temerty Centre. “There are probably multiple different types of depression, and finding the right treatment for the right individual is probably the next phase of delivering treatment for the illness.”

Blumberger has been working on a less invasive technique than MST, called repetitive transcranial magnetic stimulation, or rTMS. It delivers a repetitive burst of magnetic pulses to the part of the brain affected by depression.

Over 1,000 patients have used the treatment which lasts three minutes. A study published in The Lancet this year showed how effective the treatment is, compared to the standard length of about 37 minutes.

“The outcome can be dramatic”, says Blumberger. “We will see a clinically significant response in about 50 per cent of patients, and 30 per cent of people have remission of their depressive symptoms.” 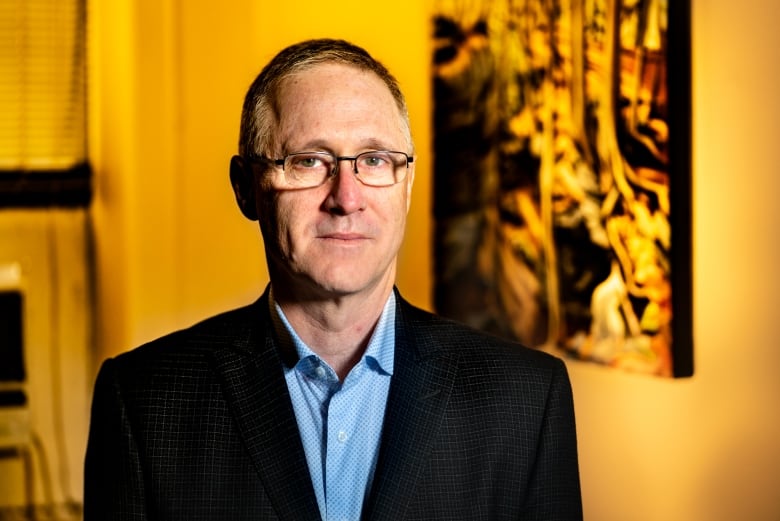 ‘Ninety per cent of what we’ve learned about the brain, we’ve learned in the last 10 to 15 years,’ says Toronto psychiatrist Dr. Anthony Levitt. (Craig Chivers/CBC News)

“The ultrasound goes directly to that circuit, makes a cut, and stops it from firing when it shouldn’t be firing,” says Dr. Anthony Levitt, chief of the Hurvitz Brain Sciences Program at the hospital. “This is an incredible window into the brain. We no longer have to open the skull to cause damage to the brain.”

Sky Zazlov of Toronto was one of the first patients to try the ultrasound treatment in May. She was diagnosed with treatment-resistant depression in 2011.

“It seems unrelenting,” she says. “I don’t even know how to explain it because it’s not angering, it’s frustrating.”

Sky Zazlov, right, with her son Isaac, was diagnosed with treatment-resistant depression in 2011. Close to one million Canadians suffer from this condition. (Craig Chivers/CBC)

Before she was placed inside the MRI scanner, technicians shaved her head and fitted her with a round metallic helmet that transmits the ultrasound waves. The procedure lasts several hours, and as the patient is wheeled out, it’s too soon to know if the treatment worked.

A few months later, Zazlov is disappointed. There have been no changes in her mood. But she says she’s not giving up. Neither are her doctors, who’ve told her it could be up to a year before the treatment provides some relief.

“I’m not looking for a magic bullet,” says the 40-year-old mother. “I’m willing to put the work in, but I hope this will take away some of the despair.”