Lawyers are bringing a case against a London hospital trust that could trigger major changes to the rules governing patient confidentiality. The case involves a woman who is suing doctors because they failed to tell her about her father’s fatal hereditary disease before she had her own child.

The woman discovered – after giving birth – that her father carried the gene for Huntington’s disease, a degenerative, incurable brain condition. Later she found out she had inherited the gene and that her own daughter, now eight, has a 50% chance of having it.

The woman – who cannot be named for legal reasons – says she would have had an abortion had she known about her father’s condition, and is suing the doctors who failed to tell her about the risks she and her child faced. It is the first case in English law to deal with a relative’s claim over issues of genetic responsibility.

“This could really change the way we do medicine, because it is about the duty that doctors have to share genetic test results with relatives and whether the duty exists in law,” said Anna Middleton, head of society and ethics research at the Wellcome Genome Campus in Cambridge.

Experts say that as more is discovered about the genetic components of medical conditions, including cancer and dementia, doctors will come under increasing pressure to consider not only their patients’ needs but also those of relatives who may share affected genes. The case also raises questions over how much effort clinicians need to put into tracing relatives, and whether they will be sued if their attempts do not go far enough. 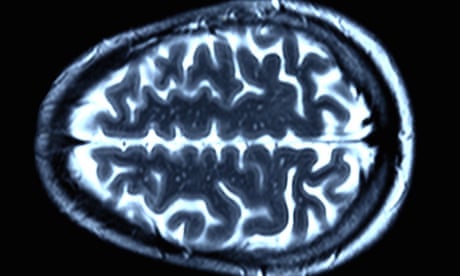 In effect, lawyers say the definition of a patient is facing change. In future, a patient may be not just the person who provided a genetic sample, but may be defined as also those affected by that genetic sample.

“The outcome is potentially very important,” said a spokesman for Fieldfisher, the London law firm representing the woman. “Should clinicians be legally obliged to consider the interests of anyone they are reasonably aware of who could be affected by genetic information – or is the protection afforded by current professional guidance enough?”

The woman’s father shot and killed his wife in 2007 and was convicted of manslaughter. Two years later, doctors at St George’s Hospital in south London found he had Huntington’s disease and asked him to tell his daughter about his condition and her risk of developing it. But he refused to do so because he thought she might abort the child she was carrying. The doctors accepted his decision.

In April 2010 the woman gave birth to a daughter. Four months later, she learned her father had Huntington’s disease. She was subsequently diagnosed as also having the disease. She has had to cope with the impact of the disease, and the knowledge that her daughter has a 50% chance of succumbing to it.

The woman decided to sue St George’s Healthcare NHS Trust, who she believed should have told her that she was at risk. Her lawyers claim the trust’s doctors had a duty of care to share the father’s diagnosis with her, even against his wishes. However, when the case went to the high court, concern was raised that allowing it to proceed could undermine the doctor-patient relationship, while doctors might also be overly burdened by having to assess whether or not to make disclosures to patients’ relatives. The woman’s claim was struck out.

However, the decision was overturned by the court of appeal last year. It accepted that doctors might face extra pressure in considering whether to inform third parties about a person’s diagnosis, but said it was not necessarily in the public interest that clinicians be protected from that. This month, the case of Patient ABC versus St George’s Healthcare Trust was set for trial in November next year.

However, the very fact that the court of appeal has decided this issue might be enshrined in law indicates that some changes in medical practice are now inevitable.

This is emphasised by geneticist Anneke Lucassen and bioethicist Roy Gilbar, who state in the Journal of Medical Genetics: “As genetics enters mainstream medical practice, knowing when it might be appropriate to alert relatives about heritable risks becomes an issue for medical practice in general.” ”In fact, in some circumstances doctors do sometimes share information with patients’ relatives at present.

But Middleton said: “Enshrining that in law actually gives doctors more protection, but how much effort should a clinician make in chasing up relatives? And those relatives might be unhappy to be tracked down and given unwelcome information – for example, that they possess a gene that predisposes them to breast cancer. You cannot take back that information once you have given it.”

Huntington’s disease is a fatal neurological disease first identified by US physician George Huntington in 1872. The late US folk singer Woody Guthrie was among those who have had the condition.

It is usually caused by a mutant gene inherited from a parent, although in a small number of cases the mutation appears to arise spontaneously. Symptoms usually start between 30 and 50 years of age, although they can begin much earlier or later, and include stumbling and clumsiness, depression, involuntary jerking of the limbs and mood swings.

There is no cure and it is usually fatal 15 to 20 years after it appears. Doctors are able to provide some treatments for its symptoms.