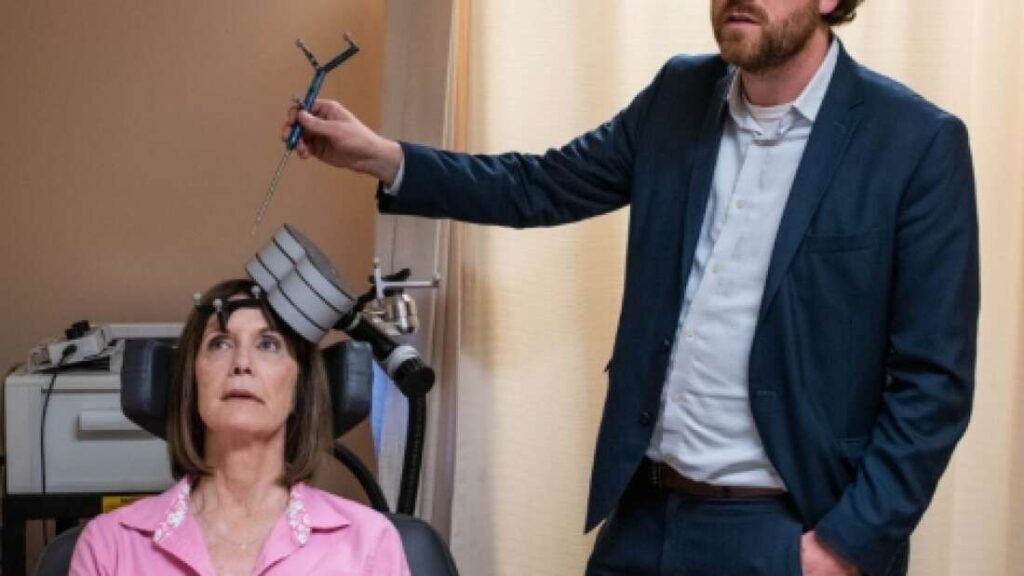 A study from Stanford University on a new protocol for treating severe depression using transcranial magnetic stimulation has shown overwhelming success, resulting in remission for 79 percent of people in the 29-person double-blind trial.

Such treatment has been used previously against depression, but the new protocol is an individualized and non-invasive method, which worked well in alleviating severe depression and providing lasting benefits for the patient. Their research was published in The American Journal of Psychiatry.

“It works well, it works quickly and it’s noninvasive,” said Nolan Williams, MD, assistant professor of psychiatry and behavioral sciences, in a statement.

“It could be a game changer.”

The protocol builds on an already-approved stimulation treatment, called intermittent theta-burst stimulation(iTBS). During the course of iTBS, magnetic pulses are delivered to the region of the brain thought to be implicated in depression every day for six weeks – however, the treatment takes a long time and results vary largely by case.

In an attempt to improve the therapy, a team of Stanford scientists led by Williams aimed to target the pulses in a more directed manner towards each individual patient’s needs and increase the number of pulses. This protocol delivers the pulses in a much shorter amount of time, with 10 10-minute sessions, separated by 50-minute breaks, over five consecutive days.

After just five days of treatment, 78.6 percent of the participants receiving SNT went into remission and completed several requirements to no longer be diagnosed as depressed. Out of the 14 participants treated, 12 saw an improvement in their symptoms in four weeks and 11 were characterized by the FDA evaluations as in remission, whereas just two of the 15 patients in the sham group met the same criteria.

There were some side-effects, including temporary fatigue and headaches, but this would be a marked improvement on the current iTBS therapy if it translates to larger sample sizes.

One patient stated the treatment was a massive success for them, having been looking for a remedy for decades.

“In 1975, they didn’t have the medication and understanding they do now,” said Tommy Van Brocklin, 60, in a statement.

“I was told I wasn’t trying hard enough. I’ve functioned all these years, but it’s been very difficult at times.”

“The next [third] day, all of a sudden, it broke through,” he said.

“I felt so much better, and it’s stuck with me.”

Talking about how the treatment has affected his life, Van Brocklin explained:

“I don’t procrastinate anymore. I’m sleeping better. I completely quit alcohol. I’m walking my dog and playing the guitar again, for nothing more than the sheer joy of it.”