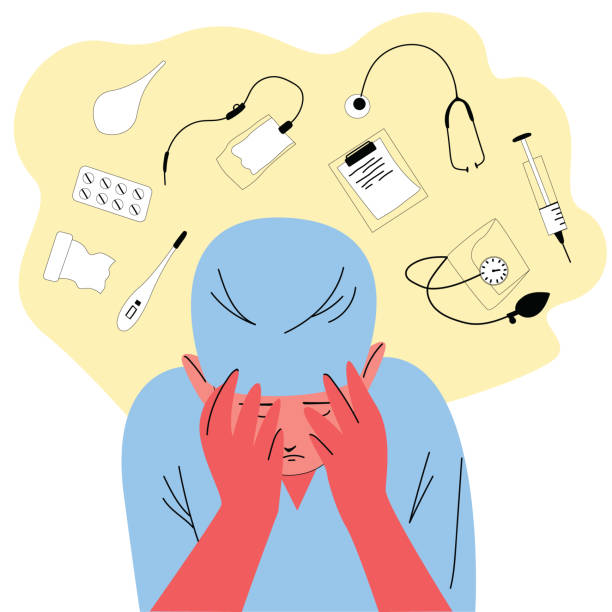 When it comes to her work life, Maha Hassan is in a better place. She quit her job as an emergency room nurse at St. Michael’s Hospital in Toronto earlier this year to work as a travel nurse at a hospital in Texas. Now, she is getting paid three times her salary in Canada and working only three shifts a week – 36 hours – as opposed to the punishing 70-80 hours she was working in Toronto.

“I can choose to work only day shifts. This has worked out much better for my quality of life, my sleeping schedule,” says Ms. Hassan. “In Ontario, you must work two days shifts, two nights and then you get five days off. I would spend most of my time just recovering from these shifts because we wouldn’t get breaks and had very sick people come in during the night.”

She says it wasn’t an easy decision to move away from her family.

“I really miss my family. There’s a lot of key moments that I’m missing out on and that’s a sacrifice. No one should be put in such a position,” she says. Fortunately, her husband, who works in finance, can work remotely and has made the move to Texas with her.

Ms. Hassan, like many of her peers, was thrust into the thick of the pandemic as an ER nurse at St. Michael’s.

“One of the biggest things I noticed in the ER [was] the lack of morale because right when the pandemic hit, the Ontario government legislated Bill 124 which led to a capped nursing pay at [not even] 1 per cent,” she says.

Ms. Hassan recalls the relentless pressure she and her fellow nurses were under at that time. The night shifts were particularly hard – the ER was often short 10-12 nurses and those present would be working for 12 hours without a break. With St. Michael’s Hospital being a Level 1 trauma hospital, critically ill patients were coming in all the time.

“I don’t know how many people I’ve done CPR on that were dying of COVID; we couldn’t have anyone attending to the families and comforting them in their darkest hour,” she says. “As nurses we just brush these things under the carpet because we must move on to save the next patient. There’s so much trauma that isn’t dealt with.”

Ms. Hassan started looking at her options and decided to make the move to Texas.

“I am getting to do what I love and getting paid well for it,” she says. “What is the incentive to come to Canada and work in the health care sector right now? Nothing.”

In a recent survey by the Canadian Union of Public Employees (CUPE), 87 percent of more than 2600 hospital registered practical nurses (RPNs) said they have considered leaving their nursing job after the pandemic because of working conditions and abusive behaviour directed at them by families of patients.

In September 2021, Linda Silas, president of the Canadian Federation of Nurses Unions, called upon Prime Minister Justin Trudeau to hold a summit of Canada’s health care leaders to discuss lasting solutions to the dearth of nurses across the country.

“What nurses are telling us is, it’s the workload that is keeping them away,” she said at the time. “They’re overworked, they’re worried they didn’t do their job properly, worried they made a mistake. And that’s putting too much pressure on them.”

Staff shortages at hospitals, delayed patient care and increased wait times have led frustrated patients to vent at hospital staff, with some incidents even turning violent.

“There’s a huge population of us that are very tired, because it just feels like the rigours don’t end. We weren’t just dealing with the pandemic but also all the other illnesses that needed to be tended to,” says Monica Dey, a charge nurse at Milton District Hospital.

“We spent three months being heroes. And now we get yelled at and cursed at because of the wait times.”

Ms. Dey has colleagues who have sought alternative forms of employment in the health care sector where they don’t have to step into a hospital ever again.

“I hate to say this, but the entitlement and rudeness of people is one of the biggest reasons nurses are quitting or switching to part-time work or seeking out remote positions,” she says.

A need for change

Experts say that urgent measures need to be taken to alleviate the intense pressure on nurses and other health care workers.

“We just haven’t kept up with enough people [and] with enough training to deal with the kind of situations that are happening and so they burn out,” says Pat Armstrong, professor emeritus and distinguished research professor of sociology at York University in Toronto.

“[Nurses] work through their lunches. They come in early, they stay late. They work double shifts,” Dr. Armstrong says. “You can’t survive on doing that, especially given this very intense work that they do.”

Dr. Armstrong and her research team did a survey of staffing in long-term care in Nordic countries and in Canada. The survey revealed that those who worked in Canada were six times as likely to say that they faced violence daily.

The survey showed that there were two big differences between the Nordic countries and Canada. One was the staffing levels, and the other was the degree of autonomy that the nurses had – the extent to which they could figure out how to do it themselves based on their skill as opposed to being told what to do.

In Norway long-term care, for example, there are a high number of registered nurses on staff, notes Dr. Armstrong. These nurses are involved in direct care of the patient and there is a continuity of care and familiarity with the patient which is invaluable. When nurses have more control over their work, they perform better and are more satisfied with their jobs, she adds. Burnout happens when people are asked to do too much in too short a time.

“Though you work harder and faster it also [means] that you [have] less autonomy over your task, you [have] less capacity to respond to needs as you knew they should be responded to,” Dr. Armstrong says. “We’ve been moving in that direction for quite a while. And the pandemic just multiplied it and the result is the violence from the patients and from their families.”

While she says she can understand why insufficient staffing might cause agitation in patients and their families, that’s no excuse for sexist or racist abuse against nurses, many of them being women of colour or new immigrants, she says.

“We must recognize that health care is not a business like the rest, that it is about people,” says Dr. Armstrong.

“We see nurses, all the time, figure out how to do things, but they need the time to do that right – how to respond to an individual or how to share their knowledge, how to learn from each other. What we need is just a lot more respect for the skills that nurses have and give them the tools they need to exercise those skills.”